Klondike, CPAWM Headquarters –  This is the second edition of the CPAWM Top Ten so kinks are still being worked out but overall it should acceptable. This was an interesting week for armies, we see some armies finally make their first appearance in our Top Ten as well as a nasty deduction that nearly took one army out of it entirely.

1. Rebel Penguin Federation: RPF had 10 total events this week, starting with a Ausia “STAMPS AHOY” with a US division battle later that day hitting sizes of 52 and 62. The following day had an Ausia “Operation: Good Knight” following that they also had a US “Operation: Explosive Rebels” they maxed sizes of 48 and 62. Later in the week they had a “Penguin Run” then followed through with invading Yukon maxing sizes of 60 and nearly 97! They finished up their weekend with 2 Ausia events and one US Operation as well as their invasion of Antarctic maxing sizes of 44, 63, 70 and finally 85.

2. Help Force: HF had nearly 11 events this week, consisting of multiple stamp collection events from all divisions ranging from sizes of 30 to 75+. They also had several take over events starting with a Puffle takeover, Mop Takeover as well as a Kermit takeover and even a Viscount Takeover maxing out sizes of 35 all the way to nearly 55!.

3. Army of Club Penguin: ACP had 9 events this past week starting with “training bootcamp” with their UK division maxing 32. ACP then had an Ausia mining session on tuesday where they got sizes of 70 later they had a US/CANADIAN Knight takeover maxing sizes of 44. On Wednesday they a Ausia “Shamrock sQUACKdown” aswell as a quick US “Troop Leading session” to where both events reached sizes of 40. ACP finished up their weekend with a 3 way battle on Friday and a SPEC Ops event as well as a Mermaid Takeover event on Saturday getting sizes of 48, 39 and 40!

4. Ice Warriors: The Ice Warriors had 2 huge events this past week starting with their impressive victory over Dark Warriors in the “March Sadness/March Madness’ Tournament. they maxed nearly 88 soldiers online to take the win from DW. IW also finished off their week with a quick Ausia hide and seek event where they maxed 38!

5. Dark Warriors: The Dark Warriors had a total of four events this past week. They began this week with a “Four Nations Battle” where they maxed 53. Tuesday they they had the March Madness/March Sadness Championship against  IW, hitting a max of 65. They ended their week with an AUSIA “H-Com Lead” as well as a US “U-Lead” Event where they got sizes of 25 at both.

6. Doritos:  DCP had 2 event this week called a “Nakey Raid” where they ran around in the full nude, they maxed sizes of 50 as well as a “Summer Awards” event with sizes of 40 .

7. Silver Empire: SE had 7 events this week starting with a “Murder Mystery Party” maxing 12. The following day Steve had his retirement event hitting sizes of 14. On Wednesday they had a “Hide & Seek” event maxing 8. The next day SE held a training session maxing 8. Silver Empire finished up the weekend with a  Practice Battle against LGA and ACP maxing 19 penguins! Their final event this week was a AUSIA “Card Jitsu Tournament” hitting a max of 9.

8. Water Vikings: WV held 5 events this past week starting with a “Music Event” maxing sizes of 30+. Later in the week they held a raid of SWAT hitting sizes of  20. To finish their week they had an AUSIA “Duck Takeover” hitting a max of 22 followed by a quick training session maxing 18 and a solid Practice battle against Coup Crusaders maxing 17.

9. Templars: Templars had 3 total events this week starting with a Training session on Tuesday hitting sizes of 27+. They then held another Training session later that week maxing 18. To end their week they had a Practice Battle against Water Troops where they got sizes of nearly 30.

10. Light Green Army: LGA had 6 events this week beginning with the Semi Finals of “Beach Brawl” against Coup Crusaders, LGA maxed nearly 18. Later they held a training session maxing 12 along with a “Hide and Seek” event to add to that they also had a unscehduled recruiting session all maxing sizes of 12, 11 and 27. To end their week they had a “Black Smith” Event maxing 25 and finished it up with a Practice Battle against Silver Empire and ACP hitting sizes of 11!

So, what do YOU think of this week’s Top Ten? Who will rise to the top next week? Let us know YOUR opinions in the comments below!

The site is still in the making so no need to worry about any mistakes or mess ups! IF you spot something contact a Board member or an Advisor, We will get on it immediately.  Also if you have a problem with your Score please contact myself or someone else affiliated with the TT so we can spit facts and logic at you. The League is still currently figuring out how to implement each army in upcoming Top Tens. be that as a confirming entry in or just all armies being counted regardless of their overall consent with the League. 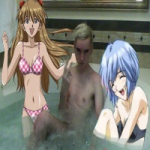 The most impressive person you’ll ever meet