Welcome to CPA Warfare League (CPAWL)! A league recently made to provide you with the latest army news & works for the betterment of the army community!

Why another CPA server? Like any other leagues in the past & the present which had/has different aims & missions, CPAWL’s aim is to ensure that S/M armies do not get bullied by major armies & empower s/m armies in the CPA community so that major armies and s/m armies can coexist.

What CPAWL has to offer for S/M Armies:

CPAWL is for S/M armies all the way. A map is currently up and on the way as well as a CPPS which is running and will be released soon. There will be over 30+ servers and each s/m will be allocated their capitals right off the bat upon joining.

All guidelines will be updated/tweaked and meetings will be held every week with leaders and staff to see what works and what doesn’t. Judgement will be passed immediately.

MEET THE CEOs OF CPAWL:

About me: I’ve been around this community for a very long time, in 2007 i joined the Romans, i was recruited by Explorer7777. Serving in numerous armies, i finally received my big break in DCP and later LT, Chaos and UMA. in 2016 i was inducted as CPAC Legend. After 2017 i took a couple years hiatus and now i’m here probably stuck in lockdown like most of you. Coming back was like being hit with a culture shock, a lot of new faces and sometimes im still not used to it but i hope to get to know you all. I created this League in hopes to guide the community in the right direction, i’ve achieved everything i personally set out for and i don’t want any more other than to help all of you, the people that make it what it is. Contrary to popular belief, i actually do care about the community. You may see me on discords joking around here and there but when it comes time to be serious, i will be. I am no push over there will be absolutely zero favorability. Your voices will be heard. Thank you for your time and i hope you make the right decision in joining CPAWL.

About me: Hello, I’m Sidie9. I had first joined the army community in 2010, recruited by Iceyfeet1234, and I have been an active member in the community despite a few years of retirement following the closure of Disney’s Club Penguin. I am most known for being the leader/Commander in Chief of the Army of Club Penguin in 2015, leading the Golden Troops in 2014, and creating the first AUSIA Division in army history in 2011. When I came back in October of 2019 to assist the newly remade Army of Club Penguin, I was shocked to learn that the community had lived on and was rising in popularity once more. Returning to armies I set myself a goal – I have run my course in the CP Army Community, and I have accomplished almost everything I could. I decided that I would only come back to benefit the community and reinforce its strength. I want to invigorate a new generation of people in the community, and it is time for me to give back to the fantastic collective of people who helped form my childhood and teen years. I look forward to working as CEO of CPAWL alongside Jester, and I hope you decide to join us in the CP Army Warfare League.

Armies can use CPAWL CPPS to battle other armies & host events. All the armies’ troops can use commands to add coins & items, obtain the army uniform etc.

A lot of things are still in progress & the league has been doing fine so far. What do YOU think will be the future of the league & how will it progress moving forward? Let us know in the comments section below! 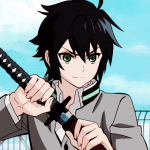