FJORD, Tamales Territory – In an unexpected turn of events, a new army has emerged! The Tamales of Club Penguin was created as a result of the merge between the Water Troops and the People’s Imperial Confederation. How will this new contender fair in the army community?

On August 16, the Water Troops and the People’s Imperial Confederation came together to create a brand new community. The merge resulted after the Confederation experienced a decline in activity after the successes of the Challenger’s Cup. Although the Water Troops saw success, the invasions of the Black Ice Alliance and Coup Crusaders posed great difficulties that left the future of WT in uncertainty.

The Tamales of Club Penguin serves as a new start for the two armies. Headed by leaders Sidie9/Jemma, Attai/Tyler, Emma, and Lukey, the Tamales strive to reach new frontiers. One of the Tamales leaders, Sidie9/Jemma describes the Tamales as the “successor” of both PIC and WT, as seen here on the Tamales’ opening post!

I interviewed one of the leaders of the Tamales, El Capitán Sidie9!

Q: How did the Tamales come in to fruition?

The concept of a Tamales army was first brought up in a conversation between Emma and I. PIC was struggling at the time, and I asked Emma for the name of a Hispanic food, to which she replied with tamales. We sat on the idea of the army until I discussed with Bryce the possibility of a merge with the Water Troops. He took a liking to the Tamales concept, and everything flowed from there.

Q: What are your goals for this new army?

In the Tamales we seek to surpass the accomplishments of our predecessors, the Water Troops and the People’s Imperial Confederation. We have an excellent team and I am very optimistic for the future. In addition, we just want to have fun, which is what armies should be all about. Those are our main goals.

Q: Is there anything you’d like to say to your fellow community members?

Sí Se Puede, Viva Los Tamales, and also join CPAWL before your army in CPAH gets voted out 20-3.

The leaders of the Tamales are hopeful for the future! What do YOU think about this new army? Will they meet their goals? 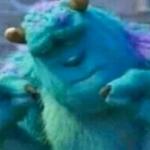 News Recap: What Have We Missed?