KLONDIKE, CP Army Warfare League – After one long month, we’ve finally returned from our hiatus. Unfortunately, the news hasn’t stopped, and several engaging events have taken place that we can’t afford to miss. Retirements, armies opening/closing down, wars and battles, league updates, and more! What exactly did we miss? Let’s take a look.

We may have taken some time off, but the community certainly hasn’t! There have definitely been some drama-filled weeks, keep reading to see what CPAWL chose as the top moments!

Elites removed Firestar from leadership due to several intense accusations, with him being a newer leader, this stirred up a lot of confusion within the army. Elites made several serious claims backed up by evidence to explain the coup, for example; they said that Firestar made decisions without informing the rest of the leaders, stirred up drama with the Army of Orient Seas, attending other armies’ events before his own, and even made younger staff members uncomfortable. After the claims were made Firestar explained his actions but denied their accusations, leaving tension between them.

Freezie66 Returns To The Community

After the Dark Warriors faced a huge drop in size, Freezie made the decision to rejoin the army. Freezie’s one of the most significant leaders in DW history, well-known for being a CP Army Legend and former CPOAL/CPAL Head Of Board. In an interview, he didn’t hesitate to reveal his army’s future plans for expanding into different game platforms.

The Army of Club Penguin declared war on Templars mid-August. A few months ago, ACP stated they’re ‘not here to police the community’ yet declared war recently. In their declaration, they said they wouldn’t allow TCP’s toxicity and racism/sexism be tolerated. Templars lost the war, yet never gave up on defending their actions as they continued to post against ACP’s claims. Not long after this, CP Army Hub made the decision to ban Templars from the league.

The news only gets more interesting from this point on, with some controversial and intriguing stories. Retirements, alliances, drama, oh my!

On August 11th, the ‘Brotherhood Of The Banned’ alliance was made created; However, it wasn’t until September that they RFCP publicised it. Earlier in the month, the two armies went to war because of the “sexist” and “racist” comments made in Templars’ Server. However, the league casting them both aside has united them. Both armies have found a new kind of respect for one other, Prior Bumble describing one of their leaders as ‘kind-hearted’, and Templars members openly praising Recon Federation Of Club Penguin.

The Tamales were created on the 16th of August. The merger between People’s Imperial Confederation and Water Troops was beneficial for both; with PIC seeing a decline in activity and because of WT’s loss to the Coup Crusaders in their war, they were seeing a rapid decline in size. As a result of this, the Tamales were formed. Recently, some leaders had attempted to colonize the army under RFCP. Bryce, who disagreed with them, defaced the army in an attempt to prevent this. After the defacement, they shut down Tamales for good.

The Doritos Of CP recently sent out a post ‘condemning’ the Dark Warriors‘ and Ice Warriors‘ alliance (The Warrior Alliance). They provided screenshots which outlined apparent hypocrisy from TWA and the Black Ice Alliance. DCP accused BIA leaders of making fun of disabilities, participating in doxing behaviour, and associating with paedophiles. Despite the accusations thrown at them, IW shot back with a post of their own. The Warriors easily defended themselves, accusing DCP of being racist, sexist, and even paedophilic. Furthermore, DW and Redemption Force soon joined in the post-war afterwards with their own responses. Much has been left unsaid and unresolved, perhaps for the better.

Not one, not two, but three of IW’s leaders announced their separate retirements over the past few weeks. Madhav, Shinde, and Ben all played a significant role in leading the army. With summer coming to an end, it’s no surprise that people need to return to their busy lives. Thankfully, Erick will be there to step up and lead them to success.

We have missed a lot of news over the past month, however, these are some of our top moments of the past month. CPAWL plans to report news regularly to update you on all the new topics. In the very near future, CPAWL will be fully up and running and we can’t wait! 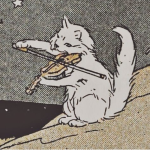