KLONDIKE, CPAWL MEDIA – Over the years, we have seen many people enter and exit the community. Water Ninja’s leader, Flav, has silently retired from the community just under a month after re-creating Water Ninjas.

Water Ninjas re-entered the community on August 24th, this year. This generation was led by 3 completely different leaders, despite Jayden creating the Water Ninjas in 2012 and his involvement in their 5th generation. Flav re-created Water Ninjas with S Cargo and Firestar08 leading alongside him.

The recreation was a lot different than past generations as it was created as an Ice Warriors colony. Despite their success in the first week, both Firestar and S Cargo left the leadership as they couldn’t lead/didn’t want to lead. This left Flav at the helm of Water Ninjas, being the sole leader behind it.
Despite the previous success of the army, they started to fall as they went from maxing 22 troops in a practice battle with Water Vikings to as little as 7.

Recently, Flav decided to retire from Water Ninjas, however, did not make an announcement.

Flav joined the army community in December 2017, pledging his allegiance to Pirates, which was led by Epic101. Despite being in Pirates for nearly a year, he left in 2019 only to rejoin in March 2020. With his past experience in the army, Flav was able to gain staff in Pirates in a matter of months. However, also joined Light Troops as 3ic.

Flav also joined Coup Crusaders earlier this year and was able to make his way up to 4ic. He became a leader of Coup Crusaders shortly after its defacement. However, had his sites on another major army, Dark Warriors.

Flav joined DW in June and was about to rank up to 5ic in just under a month. However, this wasn’t enough to stop Flav returning to his past army Coup Crusaders as a leader while also joining their parent army, Ice Warriors, as staff. With Flav leading with many others, Coup Crusaders were able to max an astonishing 40+ troops in their battle with Water Troops. However, Flav left after experiencing drama behind the scenes.

Up until his retirement, Flav remained a part of Ice Warriors as a staff member while recreating Water Ninjas. He retired from both armies without publicly announcing his retirement.

We were fortunate enough to get an interview with Flav about his retirement and army experience.

I knew of armies because I witnessed and bumped into a few when I was a child, but I never got involved, I was young and played Club Penguin for the fun of it. But I didn’t realise they were still around and that’s when I got recruited by Epic101. I joined Pirates I believe December 2017 and it was great, I enjoyed all these events but I wasn’t that active, I joined when I was free and bored. I didn’t properly get into armies until Fall 2018. And what attracted me from that point onwards was the united small CPA community, which I thought was so cool.

You’ve had your ups and downs in the community but within the last year, you have led 2 armies. What was this experience like?

Throughout your time in the community, who would you say you looked up to the most?

The most would be Bucky. He’s a good friend of mine and a very talented leader. I was in Pirates for 2 years and for the time leading, he was great. I’d always want to be able to lead like him, he is just naturally good lmao.

Do you think you’ll return to the community in the future?

Well I told myself I would only return if my original armies would return. And Light Troops have returned. So I may take a break then join Light Troops. But I’m unsure.

Yes, the community will die along with flash’s death in december. Enjoy the last few months and be smart.

Flav’s retirement will surely impact Water Ninjas. How do they plan to cope without Flav? With 3 new leaders enlisted into Water Ninjas it is clear that they’re not giving up. Water Ninjas will continue as an active army in the community. We wish them the best of luck.

Will Water Ninjas rise up without Flav or continue to fall? What do YOU think? Let us know in the comments below. 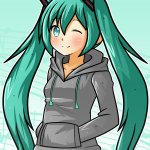 News Recap: What Have We Missed?

A New Army Emerges! – PIC and Water Troops Combine into the Tamales!