Klondike, CP Army Warfare Media– Over the past few months, we have noticed many hackers harming others in the community. This post will be on how army leaders handle hackers within their army & also we will be going over how to keep yourself safe from these hackers.

As the months have gone by, there have been multiple accounts going around the Club Penguin army servers sending suspicious links to everyone called “IP loggers”. They track IPs and get people’s personal information. Luckily word gets out about these and many army leaders can ban these hackers from their army. Unfortunately, sometimes these hackers are actual troops of the army.

CP Army Warfare Media was able to ask a few army leaders what they would do if there was a hacker in their community that was causing harm to others.

“Ban him and block him”

“If we found a hacker in our army then they would get immediately removed to ensure the protection of our troops here in SWAT. (: And we would send an announcement out notifying everybody of the situation.”

“If there was a hacker in either of my dead S/M meme armies, first I would wonder why the heck they joined my army when there are much better armies. Like IW is right down the block. But in all seriousness, I would immediately ban them, and make an announcement telling all other members of the server to immediately block them, to be as safe as possible. I would also contact my army owning buddies and staff gang gang and be like “yo ban this dude rn.”

“If I found a hacker within my army they would be immediately fired from the army without question – this is something the POG of WV would take swift action with. Myself and the Water Vikings do not tolerate any actions like this. We would also release a statement to encourage people in the army to strengthen their online security and make the army a safe place to be in.”

“For the Romans, the safety of our members, staff, and high command are of utmost concern. We would take swift action and ban the suspected hacker and any others affiliated with them. We want our environment to be safe for everyone without having to worry about hackers joining the army. My tolerance is low for people who have nothing better to do with their lives than back in a way that harms others.”

How To Protect Yourself Online

As seen in these statements army leaders don’t take hacking, ddosing, doxxing etc. as a joke. Now let’s talk about how to keep yourself safe from these vicious internet attacks. It is very much recommended that you don’t download social media networking apps if you are younger than 13 years of age unless you have parental consent. It is your job to keep yourself safe. Many things on the internet can potentially hurt you. Online Identity is another thing we ourselves have to keep safe. You can make a username like bigmac_burgler and be addressed by that in the mysterious online world. It doesn’t give any personal information to anyone and keeps you safe.

One thing you should always do before signing up for a social media networking website is to ask your parents before you make an account unless you are an adult. Sometimes these sites will give out your email and some of them even ask for your personal information. Some of these are real, while others are not, this is why you should always be careful online

One last thing, don’t be friends with everyone you meet online. You should get to know a person before you become friends with them. You never know who that person can be. Anyone behind a screen can become someone else so always make sure you’re not giving out any personal information to them.

Please keep yourself safe, and stay away from danger. If you have any reports of suspicious people please let the army admins know so they can ban them. Make sure you have evidence too. Until next time, stay safe! 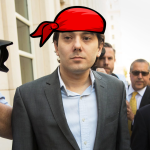 1 thought on “Safety Within the Community”